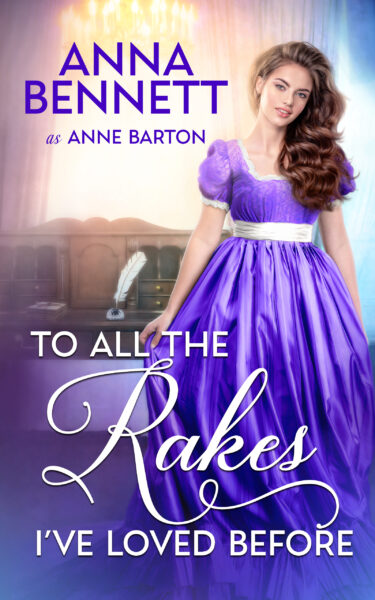 To All the Rakes I’ve Loved Before

He’s the toast of London’s scandal sheets.
She’s a shy, inexperienced heiress.
Their paths should never have crossed…

Balls and soirees hold no charm for Miss Amelia Wimple. She’s happiest curled up in bed with a glass of sherry, reading her favorite scandal sheets. Which is precisely what she’s doing on the night that London’s most notorious rake steps out of those pages and lands on her doorstep.

Lord Stephen Brookes is injured. He’s in trouble. And the way he looks at Amelia tempts her to leap headfirst into a thoroughly improper tryst, the sort she loves to read about but has never experienced. As it turns out, mere ink on paper can’t compete with Stephen’s warm hands on her skin. No glass of sherry is as heady as his wicked kisses.

But surrendering to passion is one thing. Surrendering her heart is quite another. If the gossip pages have taught Amelia anything, it’s that a rake simply can’t be tamed. Then again, you can’t believe everything you read…

*Note: This novella was initially published in 2013 under the pen name Anne Barton.